Wind energy is one of the industries that adopted carbon fibres extensively around the 2010s. As the power generated by a wind turbine is directly proportional to the area overswept by the rotor, blades tend to get longer and have now crossed the 100 m mark (e.g. GE Haliade-X, 12MW / 107m). However, a longer blade also means higher mechanical loads during operation and a higher blade weight. 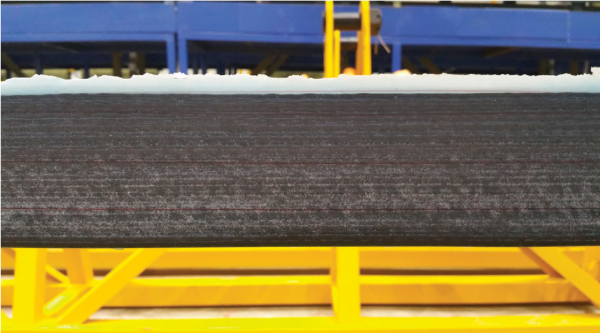 Side view of the thickest section (120) layers

A technical solution to these two problems is to produce the spar cap – which runs from the root to the tip of the blade and takes up the compressive and tensile loads – with carbon fibres.