Composyst GmbH is among Germany’s top-ranking 500 companies with the highest growth between 2012 and 2015, according to a recent survey by FOCUS magazine and statista – The Statistics Portal.

The ranking was published on 15 November 2016 in a special edition of FOCUS magazine titled “Wachstumschampions 2017” (in German), translating into “Growth Champions 2017” in English.

Some key criteria for assessing company growth were:

Using publicly available data of 1.9 million businesses recorded in the corporate register, Statista filtered out 12,500 companies with above-average growth rates. This list was further refined into what finally became the “FOCUS Top 500 Growth Champions”. Composyst ranks #1 in the Section for Manufacturing Industries, while ending up at rank #25 overall.

We are very proud to have won this prestigious award. For us, it means an impressive accomplishment. We see it as a reward for our daily commitment and feel reassured in our work. It shows us that we are on the right track. We send out heartfelt thanks to all our customers, business partners and employees who contributed to this great success. 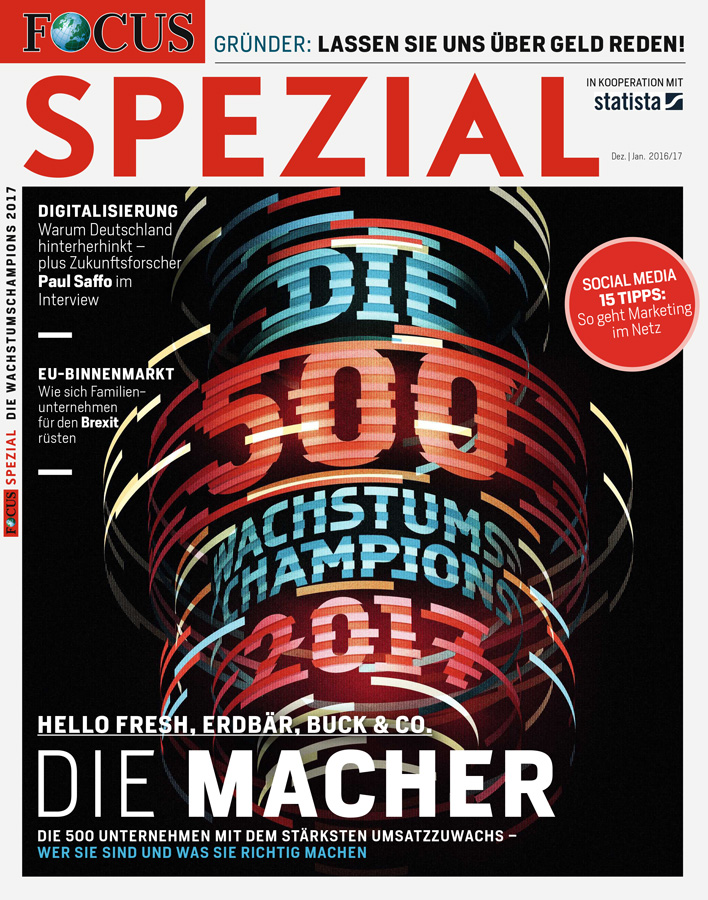 The special issue of German FOCUS magazine “Wachstumschampions 2017” (in German only) presents the top ranking of Germany’s fastest-growing companies and the key people behind their success. The 164-page December 2016–January 2017 issue of FOCUS-SPEZIAL has a cover date of 15 November 2016 and is available at newsagents or under www.focus-spezial.de.

01 October 2021
We use cookies on our website to give you the most relevant experience by remembering your preferences and repeat visits. By clicking “Accept All”, you consent to the use of ALL the cookies. However, you may visit "Cookie Settings" to provide a controlled consent.
Cookie SettingsAccept All
Manage consent

This website uses cookies to improve your experience while you navigate through the website. Out of these, the cookies that are categorized as necessary are stored on your browser as they are essential for the working of basic functionalities of the website. We also use third-party cookies that help us analyze and understand how you use this website. These cookies will be stored in your browser only with your consent. You also have the option to opt-out of these cookies. But opting out of some of these cookies may affect your browsing experience.
SAVE & ACCEPT